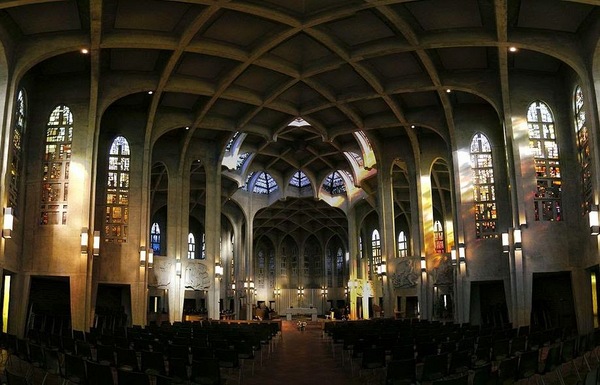 Was founded in 1931 by Archbishop William Mark Duke of the Archdiocese of Vancouver. Five monks, including Father Eugene Medved, later Prior and Abbot, were sent from Mount Angel Abbey, Oregon, to British Columbia in 1939 to found a priory and to take over the running of the Seminary of Christ the King, which was then located in Ladner, B.C. The following year, the monks moved their new priory together with the seminary to Burnaby, near Vancouver, B.C., neighbouring New Westminster. It became a conventual (independent) priory in 1948. In 1953 the Holy See raised it to the status of an Abbey. Prior Eugene was elected as the first Abbot of the new abbey.

The same year, construction began on a new abbey, church, and seminary, designed by the Norwegian architect, Asbjørn Gåthe. The new location was on the outskirts of the town of Mission. The monks began to live on this site beginning in 1954; buildings were gradually added, culminating in the abbey church in 1982. The abbey is located on a hill northeast of the town centre, with a commanding view up the Fraser River valley. The abbey currently has around 30 monks. 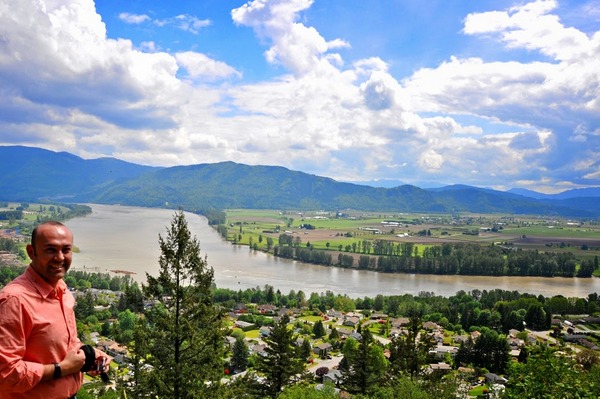 Their  passion includes bee education and being socially and environmentally responsible. In retirement they wanted to continue to learn and facilitate the learning of others.  Bee educational tours have involved all ages from 3 yrs to seniors up to 100 years old. They also started a junior beekeeper week-long, summer day camp for ages 10-14, 4 years ago. We feel it is critical to encourage future generations to learn about apiculture, one of the many aspects of agriculture. 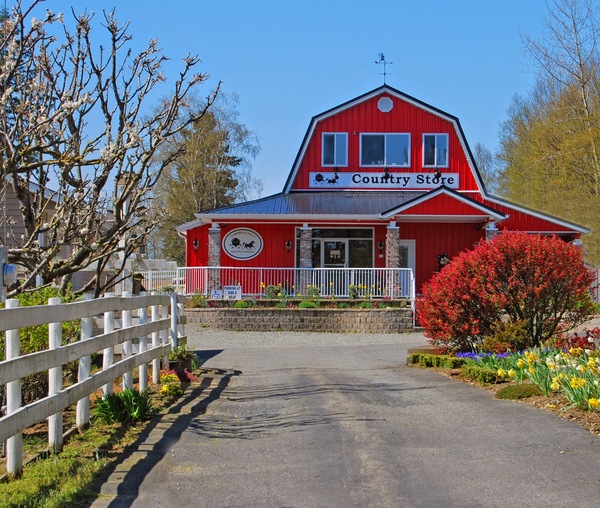 Lulu Island Winery is the newest and largest winery in Richmond! It produces many quality wines including red and white table wines, fruit wines, and Canada’s very own icewines.  The new owner John Chang , born in Taiwan, is the founder and wine maker of Lulu Island Winery. John immigrated to Canada in 1995 and started making wine with his wife since 1996. In 2000, he founded the Blossom Winery then started the Lulu Island Winery in 2007. 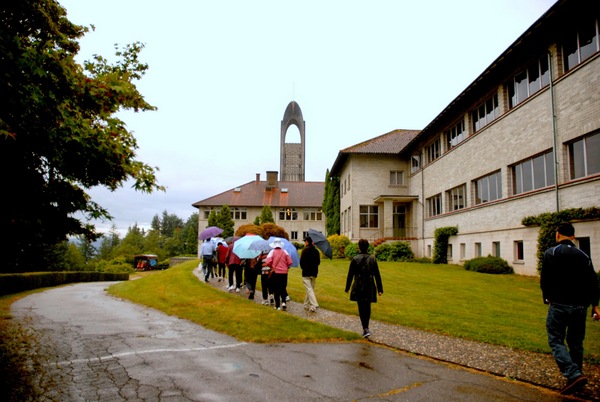 After 10 hot days, It rains on our 「day trip to the Fraser valley 」but only in the morning. This is the famous Westminster Abbey in Mission. 早上有雨來到米遜山西敏修道院. -李炳楠攝. 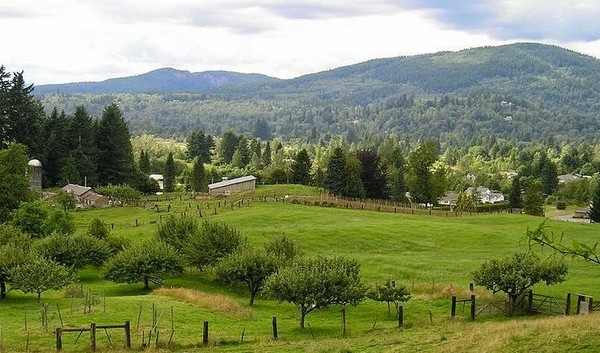 Rolling hills and farm land near the Abbey.
修道院外山峰和農庄. 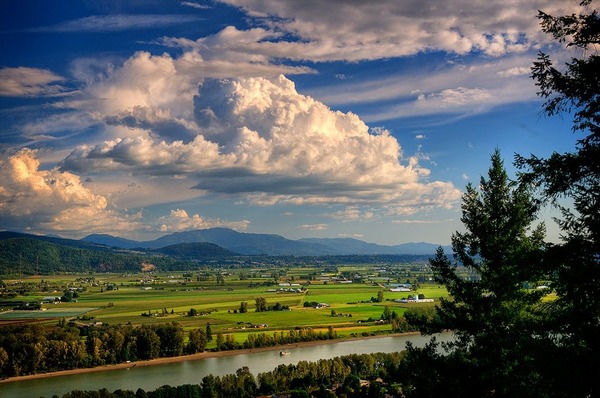 The abbey is located on a hill northeast of the town centre, with a commanding view up the Fraser River valley.
修道院外飽覽菲沙河两岸風光. 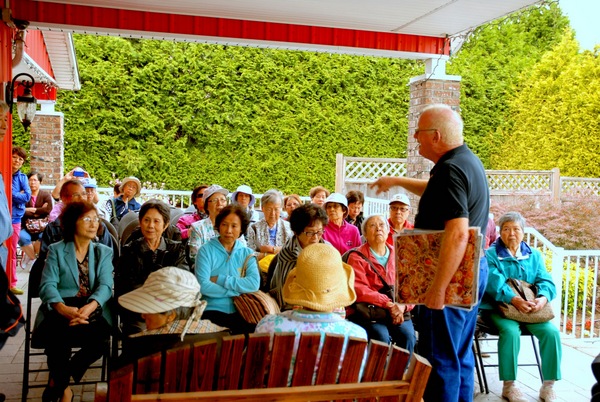 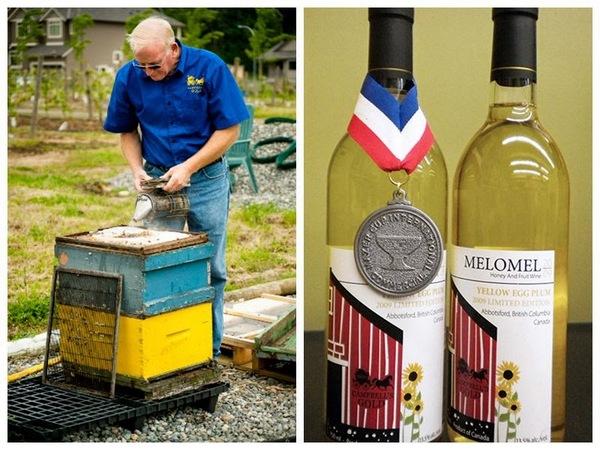 Mike the bee keeper and some of the wines they produced. 蜂場主持及酒庄部分產品. 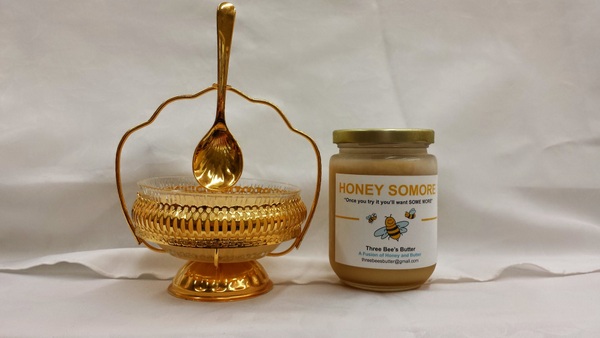 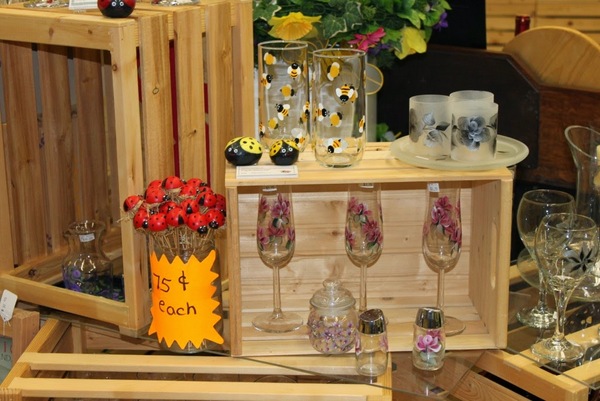 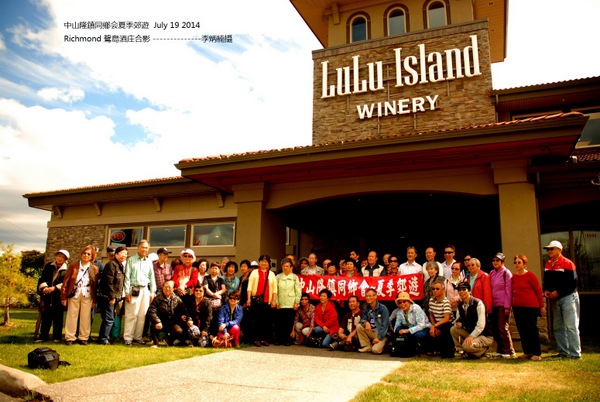